In my bio, I believe I mentioned that I am a theater major. What I did not mention is that I am also a slight history nerd. Especially when the topic is Black history. Over the course of the semester, as I’ve sifted through different articles about the industry, there is always a brief explanation about the history of this industry and its humble beginnings. The history of black business owners, entrepreneurs, and inventors is so relevant to American history even though their stories are rarely ever told. As I went to write my final blog post for the semester, I felt as though it would not be complete without a short history lesson on how far this industry has come and to possibly reflect more on its potential growth. I want to explore how even when racism was rampant, black owned businesses, specifically in the hair industry, were able to thrive. I remember learning about Madam C.J. Walker in elementary school. She was a black woman and the first recorded self made millionaire by profiting from the black hair industry. She was the daughter of enslaved parents and was orphaned at the age of 7. Essentially all odds were against her on a systemic and individual level. Even so, she was able to become an extremely successful entrepreneur and innovator. What about the black hair care industry helped it to become a space for entrepreneurs to thrive? In Africa, hairstyles could indicate tribal identity and social status. Enslaved people brought and cultivated these traditions with them through the slave trade. Hair continued to play an important role in everyday life. Post emancipation, black people became more interested in processing and pressing their hair as they felt a new pressure to try and adhere to white European beauty standards. Because hair has always had an important and unique role within the black community, Madam C.J. Walker was able to profit from this and thrive in a space that was not white dominated. Like any entrepreneur, she identified a problem and built her brand around a solution. After suffering from a scalp disorder that caused her to lose her hair, she created products for black people the expand the length and amount of their hair. Crowdfunding and crowd-sourcing through the internet obviously did not exist back then so instead, Walker would travel around the South and Southeast promoting her products and giving lecture demonstrations of her “Walker Method”. She would also train other hair beauticians to practice this method and even opened her own school.  During the civil rights era, the culture shifted and Black people began to take ownership of their natural hair and wearing afros. Hair became highly politicized. With this expanded even more opportunities for entrepreneurs to find problems and solutions and start a business. I believe that these more dated stories of entrepreneurship are rich examples for the idea of bootstrapping as it relates to starting a business. Walker had no other choice but to use her own funds and networking skills to create a prototype and gather sufficient funds for a startup and later on a million dollar company. 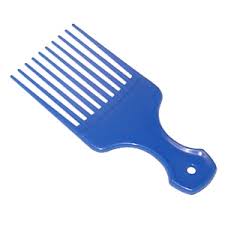